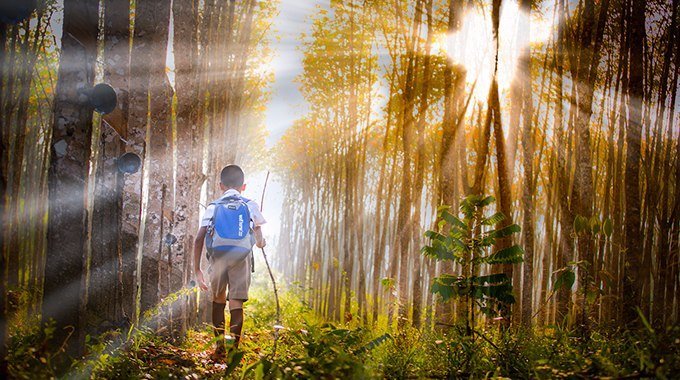 The lessons in our circumstances

“The lessons in our circumstances” was written by guest contributor, Babajide Faseyi

I saw Beauty and the Beast the other week and I was moved to tears while watching it because the entire movie symbolized for me what it means to live a human life. The movie starts out with things going well and then suddenly, things start to not go well and then in the end, they all lived happily ever after.

The movie symbolizes human life for me because it showed me that beneath the apparent imperfection of situations and circumstances that take place in our lives, there is a greater perfection that is working beneath the scenes of our story.

In Beauty and the Beast you have a handsome man whose life is going so well and then things start to not go well when his beautiful life is taken from him as he is transformed into a beast. But even through his dark times, he is given a window of opportunity to gain his beautiful life back as long as he is able to learn a valuable lesson:

A lesson of how to love.

So even in his dark times that seem not so perfect, there is a perfection working behind the scenes as he travels on a marvelous journey in which he learns something that he had never learned before. Through his dark times he seems to be losing but that would only appear so to the untrained eye, because his dark times were a passageway to an even more beautiful life than he had lived before.

Related Article: Embrace Your Pain to Raise Your Vibration

And as the beast learns how to open his heart as he learns how to love, his dark times begin to give way to a brighter day. He begins to enjoy his life in a way that he never had before even back when his life seemed to be free of worries. And sure, the dark times were greatly challenging for him but he moved past them as he embraced the challenge of the lesson that was embedded inside of his circumstances for him to learn.

If you liked Babajide’s article (“The lessons in our circumstances”) feel free to sign up for my free Law of Attraction newsletter for more inspiration to help you attract positive outcomes into your life.  You can also become a member of my LOA member website and gain access to a library of video tutorials, ebooks, audiobooks and meditations.  Learn how to attract the things you want with fun, clarity and success!   Join today for as little as $1.99.

Tags: the lessons in our circumstances

Sometimes “no” just means “not yet”

One of My FAVORITE Law of Attraction Questions