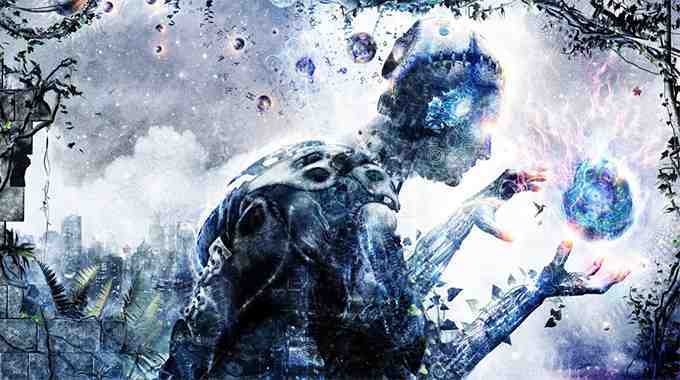 “Exploring Your Resistance” was written by guest contributor, Jason Demakis.

If your goal is to become more conscious, expand your consciousness, or raise the level of your reality experience all together – one of the best places to start is with your resistance.

By becoming progressively aware of the areas in which you can become/can be made defensive, we reveal the fertile soil for personal progress and growth.

The more severe your reaction toward that which displeases or upsets you, the greater your opportunity and potential are for growing yourself to a new level of being.

The Friends and Family Discount of Telling The Truth to Yourself!

For example, let’s say you have a friend who’s constantly getting themselves into bad relationships, whereby there’s never-ending drama and emotional abuse.

When you try and talk to them about it, even in a helpful, harmonious manner – they snap and give you the cold shoulder for three days.

Your friend has tremendous opportunity to grow, should they choose to become conscious and face the issues which repeatedly plague their relationship life.

Those patterns are there for a reason. You’re supposed to recognize them, adapt, andchange them so you can grow beyond them.

You have many of these same patterns operating within your own life, right now. Many of which, you’re probably unaware. Those are your most dangerous patterns, because they control your behavior the most.

The easiest way to start locating and isolating the “big patterns” deep in your subconscious is to begin working through your negative emotions whenever you notice them arising.

As I’ve stated countless times in past articles, your negative emotions have a very important purpose; they exist as “alarms”, alerting you that an increase in perception is required to pass.

That increase in perception is your conscious awareness of your internal resistances.

What you resist will persist.

Every time you ignore, rationalize, or stubbornly try and push through states such as anger, jealousy, or even fear – you lower your awareness.

This is a huge shift.

This is like becoming aware that YOU are the computer that’s convincing itself that its got bugs in its programming. When you realize that you’re both the computer AND the programmer, you stop letting other people’s programming control your system/set up/”rig”

Fear, worry, and doubt are literally your consciousness reaction to things which are most out of resonance with you. “Do not continue on that way. Turn around. Shift your focus…”

The lessons of negative emotions is that they teach of the empty vacuum that they truly are. They are empty containers in which you spend your precious conscious energy.

This is why you “feel spent” after entertaining fruitless ideas mired in fear, worry, and doubt for several hours straight.

You’re writing and cashing checks that you’re not even aware of.

Stop putting the currency of your consciousness into negative thinking, the keys to your happiness into other people’s pockets, and then claiming “you don’t know where to look”.

Resistance is a Sign that More Clarity is Required to Advance

Resistance is ultimately the result of a lack of clarity.

This is something I dive into in great detail in my first Premium Podcast, which has already been recorded:

If you could see, think, and feel clearly – you wouldn’t misinterpret reality, and thus misperceive it, and thus have all sorts of issues that don’t seem to make sense/are difficult for you to begin working through.

The first step toward clarity is accepting that you’re conscious, and that how you use your consciousness has a large impact on your reality and experience.

Accepting the truth of what it is that you’re resisting is exactly what needs to happen in order for you to get “unstuck”.

It’s perfectly okay if you recognize that your relationship or job sucks, and that you want something else.

What’s not okay is living in denial, carrying that energy around and infecting everything you do with it, and behaving passively-aggressively because you don’t know “the dark portions” of yourself well enough. That’s precisely why they control you so effectively.

Clarity is the #1 thing everyone is seeking, yet they don’t realize that’s what they’re actually looking for in life – because they lack even basic amounts of clarity to get started with. A spiritual catch-22 if there ever was one.

People don’t want hundreds of thousands of dollars (although that would help in some ways); what they truly want is fulfillment. People don’t actually want answers; they want clarity, so they can see and experience the answers for themselves.

Just by finding this website, no matter how you’ve found it, is proof enough to me that YOU are seeking clarity in constructive ways.

The beautiful part of this process is that as you consciously and courageously explore your own resistances, you increase your power.

Just by becoming aware of the root causes of distress, you’re 51% of the way there. Each time you consciously locate and face down an irrational subconscious, socially-conditioned fear (or assumption in general), you make it easier to do the same thing next time around. This process is compounded in both directions.

Feed your courage, and life will give you incredible abundance, opportunity, and means for personal advance.

Feed your fear, and you’ll get the opposite.

Lots of people choose fear, and this creates the illusion that living life in a constant state of apathy, complacency, dissatisfaction, and lack of fulfillment is “normal”.

Related Article: The Problem Is Your Thinking

As you become increasingly more conscious and aware, you simultaneously remove anyone else’s ability to piss you off or upset you in any way, because you have an increasingly-accurate grip on your own internal resistance to such things.

Aggravations then turn into opportunities.

Do your part on your end, and watch how the rest of the equation balances itself out

Do you want to overcome your resistance?

If you liked Jason’s article “Explore Your Resistance” consider subscribing to my free Law of Attraction newsletter. Get more LOA tips and information to help you change your situation straight to your inbox. Subscribe here.

About the Author: Jason Demakis is a personal trainer, writer, speaker and time & productivity management coach. He approaches personal growth head on, without pulling any punches! To learn more about Jason visit his website, follow him on Facebook or contact him at JasonDemakis@Gmail.com. 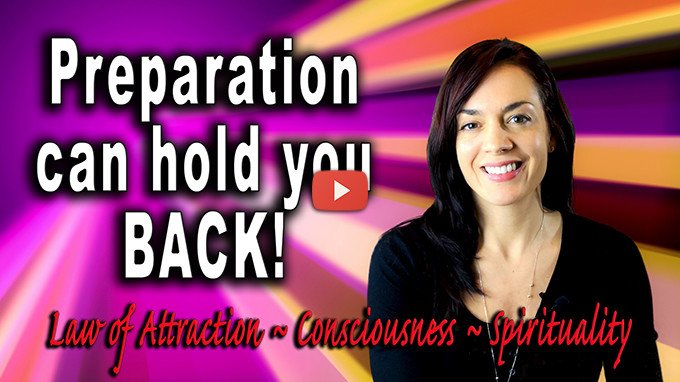 Law of Attraction: Getting Prepared Is Actually Unnecessary!