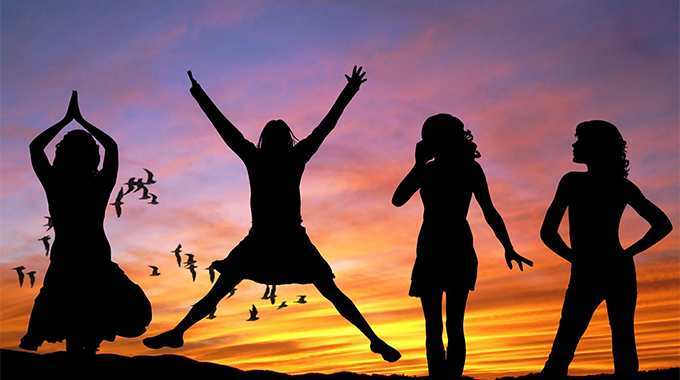 Consciousness, Energy Work, How to Raise Your Vibration, Reaching Your Goals, The Law of Attraction June 24, 2016

We All Win Together

Something I’ve been becoming highly aware of lately is the affect of my vibrational state on my perception of competition.  When I am in a highly aligned state, the need for competition seemingly disappears. From a higher vibrational state I see that I don’t want to be better than others, and I realize on a deep level that instead we all win together.

The irony of competition

I’ve found there is often irony in working with the Law of Attraction deliberately on a long-term basis. Competition definitely highlights some of this irony.

It’s as if some of the things you are asking for are actually not at all important to you, from the higher state.  This can cause you to change course, or to eliminate or replace certain desires.

For example, if I am wanting to use the Law of Attraction to be perceived as more successful than other people, I learn to raise my vibration in order to get into that area of “success.” However, from a higher vibrational state, it no longer seems necessary that I am successful in comparison to other people.

We actually already prefer to win together

If you think about it, this observation does indeed make logical sense.

To prove the point, which of the following options would you prefer to manifest?

Which of these options would be the most successful manifestation?

Clearly, the first choice would be better.  This is because true success occurs when we all win together.

Now this isn’t to say that competitive people can’t become successful. Indeed they can, and do.  If you believe you will be successful, you will be.  I’ve just become aware that when we are truly working on becoming more aligned (rather than just working on “winning”), the need to be better than other people evaporates.

So I have come to understand that competition and the desire to “be better” than other people is never really reflective of what I actually want.  What I want, is to be in a higher vibrational state and to have a happy life. When I’m in that state, the comparisons become entirely irrelevant. When I’m in that state I only want to live in a reality where we all win together.

This is something to consider when we are choosing our desires to manifest with the Law of Attraction.  Ascending to a higher vibrational state actually moves you into a more harmonious reality.  From this state, people are more inclined to work together and uplift each other. It’s hard to want to “beat” people who bring out the best in you.

Individual success is actually a limitation

It is my theory that a lot of the societal pressure to be younger, smarter, fitter, more popular, wealthier, etc. is just a symptom of the lower vibrational state of the collective.  The message to “be better” than everyone else is just a limiting belief.  We think we have to beat each other in order to prove our worthiness, but this is actually quite nonsensical.

When I am better than someone else, that means the other person is worse off than I. My success becomes dependent on someone else’s lack of success.  My aim is not to move into the beautiful neighborhood where we all win, but rather to sit in my mansion by myself, surrounded by the less fortunate.

This, by the way, is precisely why some people question the effectiveness of the Law of Attraction. They assume that if the LOA works, someone who knows how to use it should be able to “beat” everyone else. They should have the biggest house, the most friends, and the best physique. But comparison is disconnection, while connection is unity.

If you’re the only one winning in the room, you definitely aren’t using the Law of Attraction to your highest advantage. This is because true success with the LOA occurs when we move into a reality where we all win together.

Which reality do you prefer to create?

It is possible to manifest success, health, wealth, popularity, or anything that we want.  It’s just important to understand that wanting these things in order to “be better” than others limits our ascension.

When we carry the belief that we have to win in order to be worthy, we can’t get into the beautiful neighborhood where we all win. Instead, we chain ourselves to a reality where our best hope is to be surrounded by those less fortunate.

We can create any reality we wish.  I want to create a reality where we all win together. How about you?

Sign up for my free Law of Attraction newsletter for conscious advice to help you attract positive outcomes into your life.  You can also become a member of my LOA member website and gain access to a library of video tutorials, ebooks, audiobooks and meditations.  Learn how to attract the things you want with fun, clarity and success!   Join today for as little as $1.99 or become an annual member for 30% in savings.

Andrea Schulman
Tags: we all win together

Preparing for Life’s Hurricanes: Staying Calm in the Midst of Chaos