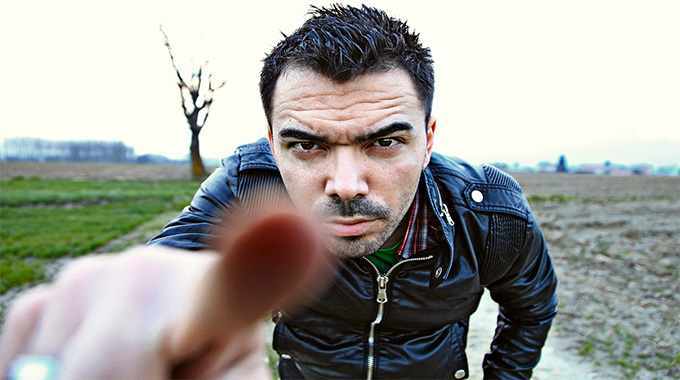 How to Handle Personal Attacks Without Lowering Your Vibration

Have you ever noticed that some people have very different perspectives on how to handle personal attacks?  When we are criticized, made fun of or talked down to, some of us believe the appropriate thing to do is to defend ourselves with aggression.  Others of us simply absorb the negativity and accept the abuse without defending ourselves at all.   Of course, there are other ways to handle personal attacks, but these are often the predominant choices many people make.

Unfortunately, both of these tactics cause lowered vibrational energy.  On the one hand, allowing other people to beat up on us without saying anything projects low self-esteem and disempowerment.  On the other hand, reacting with aggression creates greater feelings of anger and frustration.   All of these feelings are indictors of low vibrational energy.

Of course, how we respond to personal attacks also ties back to the Law of Attraction.  When we experience a personal attack, it is because we have attracted it to us for some reason, often unintentionally and unconsciously.  Though we may be uncertain as to why we attracted an attack, how we react to them will determine how frequently we are attacked in the future.

Unfortunately, when we react from a place of frustration, anger, disempowerment or sadness we increase our odds of experiencing more personal attacks in the future.  This is because strong emotional reactions always attract more of the same kinds of unwanted events and circumstances that provoke them.

So, how do we handle personal attacks without lowering our vibrations?  How do we overcome offensive situations with dignity and move on without attracting more of the same in the future, even when we are irritated or upset?

To answer this question, here are a few steps I recommend to use in situations like these.  I’ve found that when I use these steps in my own life, heated situations often dissolve quickly, I keep my cool and I am able to move on from a potentially upsetting circumstance without creating any more unnecessary drama in my life.

Are you upset, indifferent or amused?  How we feel about the attack is the greatest indicator of what is causing it.

The first thing to realize about our interactions with other people is that they provide a mirror to us about our own beliefs and feelings. When someone personally attacks us it may be because we fear the other person’s criticism is accurate on some level OR it may be because we simply believe we will be attacked for something.

So how do you tell if you believe the criticism is true or if you simply expect to be attacked?  Again, it’s all in how you feel.

If the attack makes you feel indifferent or amused, you probably do not believe the criticism is true.  Instead, you are likely attracting the attack just because you expect to be attacked.

For example, if I feel indifferent or amused about the attack I may have attracted it because I believe people will pick on me because my style is different.  I may also have attracted the attack because I believe people will attack me because they are jealous of me.  It might also be that I have simply come to expect nasty comments from certain people, and therefore they deliver the exact behavior  I expect to see.  In any event, if I feel indifferent or amused, I simply have a prevailing belief that people will attack me for some reason.  That’s it.

Fortunately, if this is the only reason I am attracting criticism and unkind comments, it will be fairly simple for me to stay cool and follow through with the rest of the steps below because I will not be particularly emotionally invested in the attack.  The personal attack won’t feel like a true criticism, rather it will seem like unfounded nonsense that lacks credibility.

However, if the attack makes me feel upset or angry, it is important for me to realize that the other person has hit a nerve and that I have an opportunity to discover some limiting beliefs I have been carrying that are holding me back.  When we are upset by someone’s criticism, it is a sign that we feel, on some level, a fear that the criticism might actually be true of us.

Please always remember that in the moments we are most offended are the exact same moments that we have the greatest opportunity to take positive steps to raise our vibrations and understand ourselves better.  I’ll discuss a little more on this in a moment

Once you have identified your reaction, it’s time to move on to step 2.

If the attack has made you upset, deep breathing is highly recommended.  This enables you to calm your nervous system and will deescalate the situation naturally.  Before taking any action at all, become as calm as possible for best results.

If, however, you feel amused or indifferent, you probably won’t need to calm down that much.  In these cases, deep breathing isn’t as imperative.

Step 3-State your case quickly, positively and with dignity:

There’s no need to explain all the many reason why you are angry, or why you are “right” and the other person is “wrong.”   Instead of getting into a battle of wits and comebacks with the other person, I’ve found that keeping a short and sweet response is the best remedy for personal attacks.

For example, let’s say a friend criticized me for being a bad parent.  I could simply state “It has always been my intention to be a good parent, and I do the best that I can.  However, we all have different opinions, and you are entitled to yours.”

I could also say “I would prefer to be treated with more respect,” or “I would like you to respect my right to parent the way I choose.”

For example, I would avoid using phrases like “That comment was mean,” “You hurt my feelings,” or “I’m not a bad parent.” Statements like these focus on the unwanted, and therefore attract more of the unwanted.

In responding quickly, positively and with dignity, we stand up for ourselves, but in a way that diffuses tension and that positively attracts better events and circumstances in the future.

As a quick aside, it is very important to realize that your tone of voice is an important factor.  Make it your intention to speak without sarcasm or undertones of anger.  If you can project respectful words and a respectful tone you will attract back more respect from the other person.

The last thing I recommend is to end the conversation, using the same respectful tone as above.  Again, getting into a battle of wits over a personal attack is a surefire way to create more drama and negative momentum.

So instead of taking the bait, after you’ve stated your case with dignity, politely excuse yourself from the conversation (especially if the other person continues to press on).  You could say something like “we can agree to disagree, but let’s move on,” “let’s talk about something else,” or simply “goodbye.”

Drop the issue, and move on.  Once you have identified your reaction, calmed yourself, and stated your case, it’s time to release yourself from the confrontation in order to neutralize its effect on your vibration.  You’ve said your piece and stated what you want, so there’s really nothing else to say unless you want to refocus on the attack and attract more of the same negativity toward you.

If you feel especially upset or if the topic keeps coming up in conversation, physically leaving the room or hanging up the phone is well-advised.

Once the interaction is over, it’s a good idea to evaluate the situation, particularly if the personal attack had made you upset or angry.  Again, when we react strongly to other people’s opinions, it is generally because on some level the other person has mirrored back to us a personal fear or we are carrying about ourselves.  Limiting beliefs like these are often unconscious and under the surface or our present awareness.

For instance, if I were to get upset when I was criticized for being a bad parent, my reaction would be an indication that I was concerned I was actually not being a good parent.  This might be because I was literally placing my child in harm’s way, or (more likely) because I was being too hard on myself and setting unrealistic expectations for my parenting.

If the issue is that I sincerely feel I am making bad parenting choices, I can now take steps to make better ones.   If instead, I am simply being too hard on myself, I can start to work on overcoming the limiting beliefs I have about my parenting (If you are a member of my website, you can check out this video  for more information on how to eliminate limiting beliefs: “Eliminating Limiting Beliefs: Identifying & Transforming Negative Thought Patterns“).

It isn’t usually pleasant to be personally attacked, so if the above steps seem a little challenging, that’s understandable, especially if you are used to reacting in a much different manner.  However, you should be able to quickly see that dealing with personal attacks in a short, calm and respectful manner has a much better outcome than reacting with anger, frustration or disempowerment does.

When we get in and get out of the confrontation quickly, we project self-respect but at the same time we avoid ramping up any negative momentum.  This prevents our vibration from taking a dive.  Additionally, by ending the conversation without engaging in argument or debate, we send a message to the universe that we choose to focus on harmony and respect, and this message reduces the amount of personal attacks we will receive from others in the future through the Law of Attraction.

I hope you find these steps on how to handle a personal attack useful.  If you have any other advice for handling personal attacks, feel free to share them with me in the comments!

If you like my daily blog, you might also enjoy a membership with Raise Your Vibration Today.  Members learn how to reach their goals with positive thinking and receive personalized support along with full access to my video tutorials, guided meditations, ebooks, and audiobooks.  Try out a membership for 30 days for just $0.99. You can also subscribe to my newsletter for more free tips like the ones in this article!

How to Persevere & Accomplish Your Goals No Matter What

10 Things We Should Stop Doing to Be More Positive