Today, many of us spend a great deal of time camped out in front of the television.  The problem with this is that when we watch TV, we often unconsciously subject ourselves to a few common lies of the mainstream media that can damage our self-esteem, and make us feel bad.

For example, young children will often mimic their parents as they learn what it means to be an adult.  It’s fairly common to see young toddlers and children dressing up in mom or dad’s clothes, pretending to shave or put on makeup and playing “house.”  Comparison and imitation are completely normal human behaviors.

The problem with the media outlets (like television shows, movies and advertisements) is that they activate our need to compare ourselves, but not against real human beings.  Instead, we are fed fictional and unrealistic images of what it means to be human.  This can cause us to feel inadequate, and lower our self-esteem.  As we will never be able to replicate the typical person on television, when we subject ourselves to mainstream media programming we often set ourselves up to feel like failures.

Here is a list of some of the common lies of the mainstream media on what a normal, human being should look and act like.

Lies of the Mainstream Media

This has gotten increasingly worse as time has progressed.  When I watch old shows from the seventies or eighties I now can see that in the past, we used to have greater diversity of age in our programming.  Now, the message is that younger is better.

Now, not only do you see young people as the dominant group in media programming, but younger people are now even playing their older counterparts.  For example, I’ve noticed that young women in their 20s actually are often made to represent women in their 30s (like myself).  A bulk of the products aimed at my demographic are frequently peddled by much younger women.

2. You should be more “beautiful”

This has also gotten progressively worse with time.  Beauty has been desired in television and the movies for a long time, but within the last few decades or so it’s really gotten out of control.

The people you see on television represent a much higher standard of “accepted” beauty than what you see out on the street.  Not only that, but characters frequently have their teeth whitened, plastic surgery, Botox injections, professional makeup, hairstyles and fashionable clothing.

3.  It’s better to be thin or even underweight, and overweight people are a joke

In the United States, obesity has become a fairly normal.  I’ve read on several occasions that about 30% of Americans are obese.

However, if all you knew about America was what we display on television, you’d probably have no earthly idea of what the standard weight is here.  In fact, it seems as if a great deal of characters are actually underweight, and the handful of overweight characters that are on television are typically ridiculed and made fun of.  It’s no wonder that so many people are chronic dieters, and/or have eating disorders in this country.

4.  You don’t have enough money

One of the lies of the mainstream media is that the average person probably has a lot more money than you do. So many shows focus on fame and wealth and send the message that those who have a lot of money represent a larger segment of the population than they actually do.

Even television and movie characters depicting the lower social classes often have clothes and homes that look much nicer than you would expect to see from people who don’t have that much money.  I’ve seen a number of shows about working class people who have nice new clothes and beautiful homes that look more like they require a six-figure income to support.

The message here is that we do not have enough money.  Unfortunately, not only does this make us feel bad, but it also encourages us to spend beyond our means in an effort to keep up with the Joneses.  How many people are in debt because of this unrealistic expectation?

5. Extroverted personalities are better than introverted ones

Here in the United States, one of the lies of the mainstream media is that it is better to be outgoing and extroverted rather than introverted.

While extroversion is a more common personality trait over introversion (I’ve seen it commonly cited that extroverts make up 2/3-3/4 of the population) there are still a great deal of introverts out there.  While introverts might not always be the life of the party, they do have a great deal of positive traits that help and assist humanity.  They are usually good listeners, big thinkers and they can be highly productive.  While I love an extrovert as much as the next person, I don’t think I’d want to live in a world without introverts.

As an introvert myself, I find it offensive that we are usually depicted as being awkward and weird, and rarely are given the larger roles.  For a long time in my life, I sought (unsuccessfully) to make myself more outgoing because I thought that being extroverted was the “right” way to be. I wonder how many introverts out there are secretly loathing their personalities because of mainstream media programming.

At least in the United States, traditionally the majority of characters in the mainstream media are white.  Although this has gradually been changing for the better, there is still a widely unfair racial representation on television today.

For example, there may be a “token” minority or two thrown into a typical television show or commercial, but unless you are watching a network that caters directly to a minority (like BET or Telemundo), chances are you will not see a many minorities.  This sends a subconscious message to all that watch that the dominant group is caucasian, and if you are not, you are on the outside.

Because of these persistent lies of the mainstream media, it is my belief that if we are suffering from poor self-esteem, it’s a very good idea to turn off the television, or at least be mindful of the programming that we subject ourselves to.  Again, it is our natural human tendency to compare ourselves against others, so when we repeatedly subject ourselves to unrealistic and unattainable images we are likely to damage our self-esteem, even when we are not aware of it.

In reality, the demographic that is widely promoted on the mainstream media is extremely, extremely rare.  It is not the average.  Even if you possess a few of these promoted traits, you very likely do not possess others.  That is what’s normal.  There is no “right” way to be, and this is why there is so much more diversity in the real world than what you typically see on television, in the movies and in advertising.

So, next time you are out and about, take stock of what the “real people” around you look like.  Look around for their ages, their personalities, their clothing, their body types and their standards of beauty.  Start to become more in touch with what real people are, because you are much more likely to feel like an acceptable human being when you are out in public rather than set up in front of the television.

There’s nothing wrong with you being exactly what you are, no matter what the mainstream media promotes.  We can’t change the images that are delivered to us through television, the movies and advertising, but we do have the choice not to subject ourselves to (most of) it.

Did you like this article on lies of the mainstream media? Subscribe to my newsletter or follow my blog to learn more about leading a happier, healthier and more prosperous life!

Image by flash.pro.  Some rights reserved under Creative Commons 2.0.  This image has been cropped and resized. 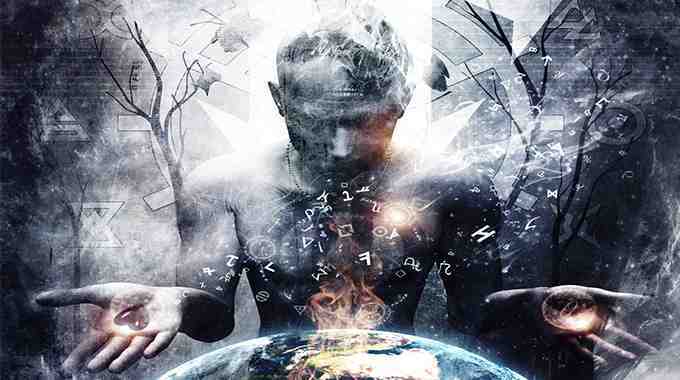 One of My FAVORITE Law of Attraction Questions 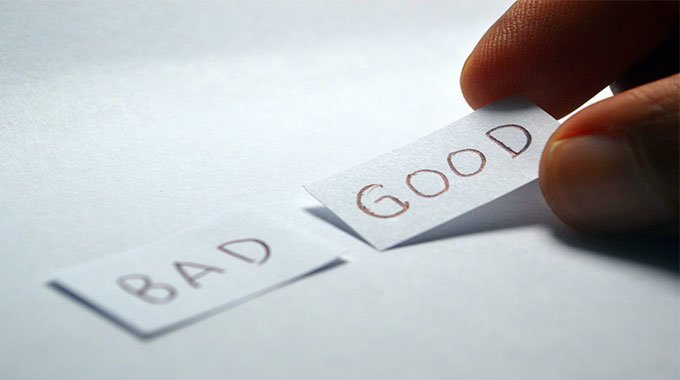 The Big Decisions Aren’t the Important Ones