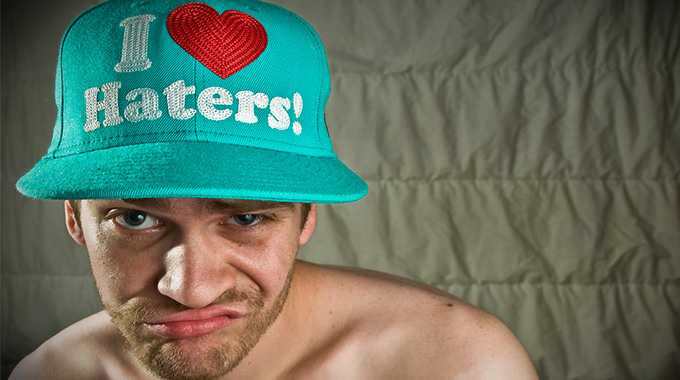 Before I learned about the Law of Attraction, I used to really loathe my “haters.”  It would just make my blood boil when I was criticized, competed with or insulted.  In fact, I used to really enjoy fantasizing about fighting these people with my bare hands.

Yes, I used to be a fairly angry person.

Despite my negative tendencies, when I first learned about the Law of Attraction (which claims that “thoughts become things”), it started to change my perspective.  I could see lots of evidence in my life of how my thoughts and beliefs affected my reality.  So, I immediately set out to try to create a better life for myself by having better thoughts.

With this in mind, one of my early goals was to create a “hater-free” environment for myself, as being around “haters” drummed up a lot of negativity in me.  I wanted to clean house and be surrounded only by supportive people.

It’s interesting how it can be easy for us to manifest some things, while others are quite challenging.  Getting rid of these kinds of people ended up taking me a pretty long time.

It took me a while to really understand that the reason the haters were around was actually my own fault. They had to teach me a few lessons before they were going to go away, and at the time I wasn’t interested in listening to anything they had to say in the slightest.

As I learned more about the Law of Attraction, I realized that for me to consciously create my reality, I  had to take responsibility for everything.  I started to notice that whether something manifested or not was wholly dependent on what I believed.

So what was I thinking or believing that was keeping the haters around?  Though it happened slowly, the Law of Attraction started to bring me the answers I was looking for.

Now, there are actually quite a few varieties of haters out there, but there were only two types that I really struggled with.  While both types irritated me pretty equally, they taught me two very different lessons.

The first kind of hater was the guy who’s always nipping at your heels.  I’m sure you’ve met him.  Anything you can do, he can do better.  He hates to see you in the spotlight.  He’ll pull the microphone right out of your hands just to get the attention away from you.

I wanted to wring this guy’s neck.  He was always trying to steal my thunder.

However, in the spirit of taking responsibility for my reality, I started to observe the thoughts I was having when this guy was around. Then one day, I finally figured out why I was attracting him into my life.

This hater was in my reality to teach me that I cared too much about what other people thought.   Why else would it bug me so much that he was stealing my thunder if it weren’t so important that people were paying attention to me in the first place?

Today, when this guy shows up, I can tell that I’m trying too hard to convince other people of how smart, funny or interesting I think I am.  He’s there to tell me I’ve let my ego get away from me.

Does it really matter if the spotlight is on me? How does attention from other people make me more important in the grand scheme of the universe? If I know how valuable I am, I really shouldn’t have to fight to prove it.

Now, when this guys starts to yank the microphone away from me, I’ve found it’s best just to let him have it.  He’s only a sign from the universe telling me it’s time to get my ego back in check.

Now the second kind of hater is a little different from the first.  He’s a hater that hurts you with words.  Anytime you give him an open shot, he’ll toss an insult your way or hit you with a passive aggressive comment.

This guy stuck around a lot longer than the first guy, and I just couldn’t figure out why I was attracting him into my life.  It took me listening to a recording of Bashar (as channeled by Darryl Anka) to really start to get it.  Bashar gave me a piece to the puzzle when he said that the only reason we feel bad about an insult is because we actually agree with it.

That idea really stuck with me, and I tried to apply it to the haters that were hurting my feelings.  Did I really believe the insulting and critical things that were being said of me?

The answer was indeed “yes.”  I started to see that this hater was just acting as a mirror to show me how I felt about myself.  He was a manifestation of my negative self beliefs brought to me through the Law of Attraction.

If you really think about it, in order for me to be truly offended by an insult I must (on some level) believe it!  Why else would it bug me if there wasn’t any truth to it?

For example, if someone told me I had terrible grammar, I’d probably laugh at them and wonder if they knew what the word “grammar” meant.  I have no insecurities over my ability to write and speak in proper English.  Even if I had made a mistake, I’d laugh it off because I don’t identify myself as someone who has poor grammar.

However, if someone took a jab at me and told me I was too sensitive, I’d probably be a little offended-because I know I am sensitive!

So now, whenever I get slammed with some criticism, I know it’s just the Law of Attraction showing me what I already believe deep down. Rather than ignore the critic or retaliate against him, I now actually listen to him to see if there’s anything I can do to improve my life or to see if I’m just being too hard on myself.

Case in point: recently a reader of my blog criticized the layout of my website.  Now, I wouldn’t call this guy a “hater” because he was actually quite friendly and I know his intention was to be helpful, but my initial reaction was still a bit negative.  My feelings were a little hurt by his criticism.

However, my negative reaction told me there was some truth to the criticism.  So, instead of letting my emotions get the best of me, I took a good hard look at the issues he brought to my attention.  Indeed, he did highlight some elements of my design that already bothered me a little.

So, instead of sulking or arguing about it, I just got to work and changed them.  Now, my website looks better and I am genuinely thankful for the criticism! He helped me improve the look of my website, and I’m very grateful for that.

Today, while I still have some critics and a few ego-checkers, the true haters have largely filtered out of my awareness.  I no longer have “haters.”  I’ve got “helpers” instead.

Photo Credit by Eric Gustafson. Some Rights Reserved.  This image has been cropped and resized. 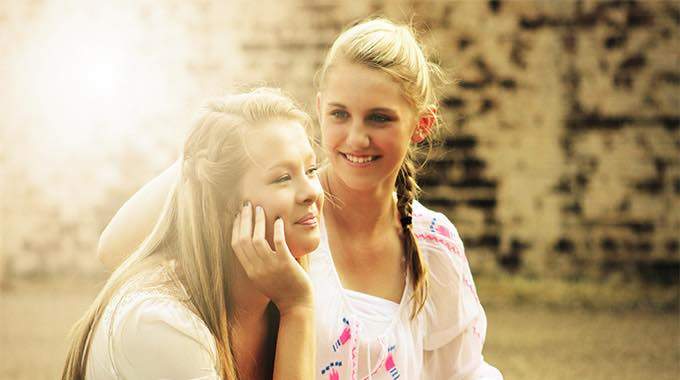 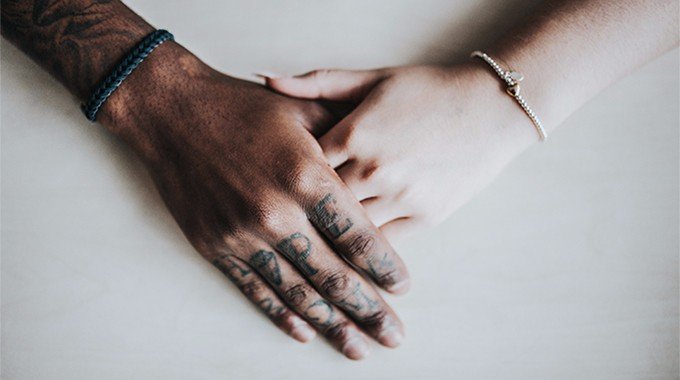 Beyond Gender: How To Balance Masculine and Feminine Energy